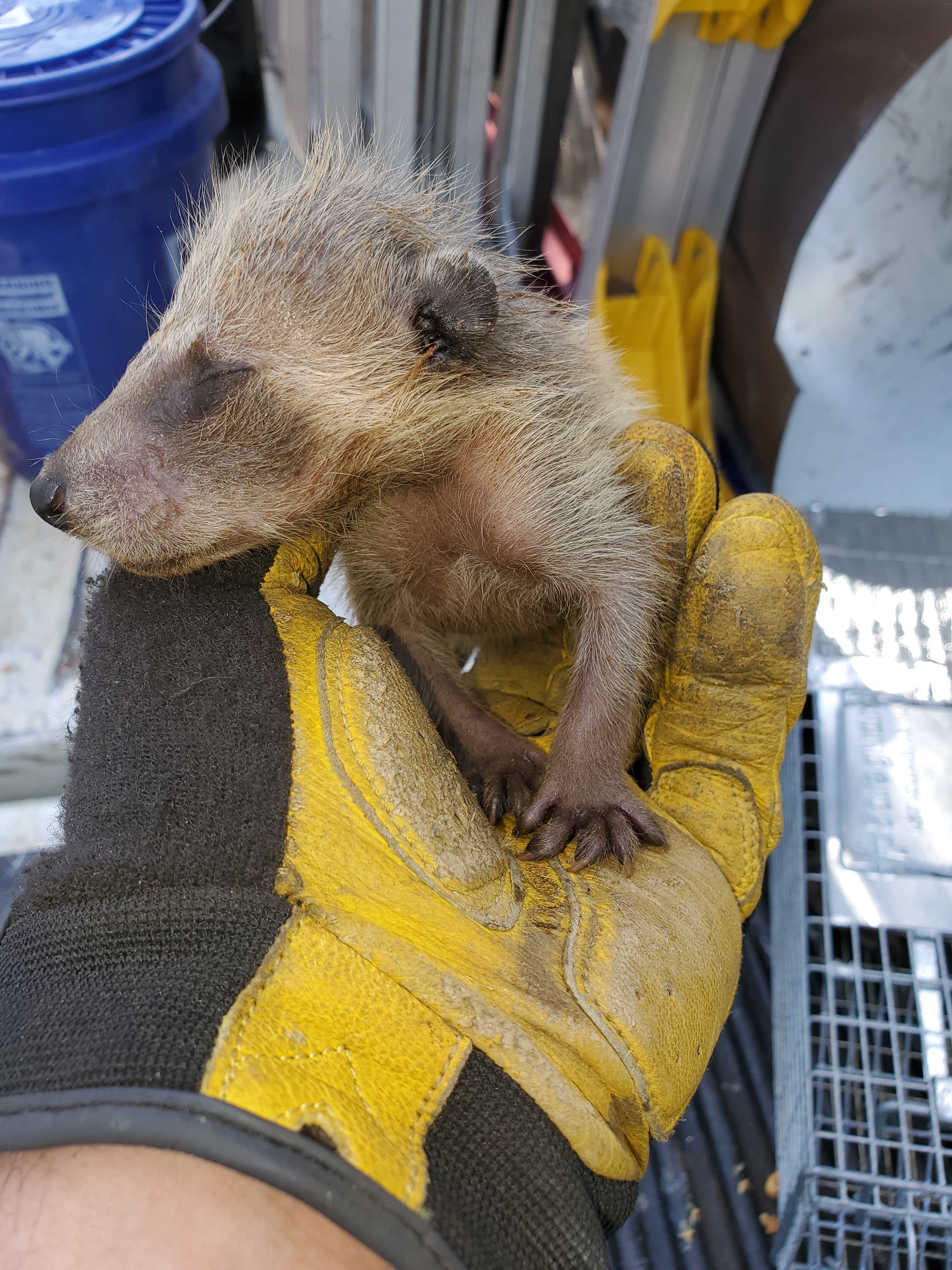 Why are animals born in the spring?

Spring is the mating season for many wild animals, but it is also when several types of animals will give birth to their young in Northern VA. More baby animals are born in the spring than any other season and often it is referred to as “baby animal season.” Baby animals are born in the spring for many reasons, the first one being that the weather is warmer and there is less of a chance that they will have to endure harsh, cold weather. Additionally, there is more food available in the spring and the days are longer giving the animals more time to forage or hunt to feed their young. It is important to remember that animals are wild and unpredictable and you should never attempt to touch or handle wild animals.

What kind of animals can you find in the spring in Northern VA?

In the spring, you might find baby birds, deer, squirrels, skunks, foxes, raccoons, opossums or chipmunks.

Birds: It's common to see baby birds between March and May. Some species of birds will begin to leave their nest and venture on their own for brief periods before they become fully  independent. Some birds might fall out of their nest, most often, their mother will retrieve them, but if you notice they are hurt or their mother hasn’t returned, that is when you should intervene and seek the help of a wildlife rehabber.

Deer: Baby deer are known as fawn. They might be lying in the yard without their mother present or nearby out of sight. If you happen to see a fawn on its own, it is important to remember to leave it alone. A fawn might only need help if it is experiencing one or more emergency issues. The first issue is if the fawn is lying on the ground with its legs extended from its head and it is unresponsive. The second is if it is running around for more than an hour and making noises that resemble screams. Lastly, if the fawn has been attacked or appears to have wounds, then you may step in and get the fawn help because they are in distress or are experiencing a medical emergency.

Squirrels: Squirrels are the most commonly found baby animal. This is because squirrels are born helpless and blind and do not open their eyes for a while. They might fall from their nest and not be able to get back. Oftentimes this happens while the mother squirrel is out foraging for food and she will retrieve the baby when she has returned and noticed that it was missing. Squirrels see humans as threats and predators and the mother squirrel will not attempt to retrieve her baby while there are people present.

Skunks: Baby skunks are born in May or June after their mating season in late winter/ early spring. There can be between four to seven babies in a litter. They will stay with their mother in a den for the first two months of their lives and then as they are weaned will begin to venture off on their own typically in the fall time.

Foxes: Fox mating season is January through early March with baby foxes arriving in late March or early April. It is extremely rare to come across a baby fox that has been abandoned. Foxes will often den in unusual places like under decks and sheds.

Raccoons: Mother raccoons will move her babies to different den sites from time to time. While she is in the process of doing this, she will have to leave some of them unaccompanied while she brings the others to the new site. If it has been more than a day and the mother has failed to retrieve her baby, it is a good idea to call a wildlife rehabilitation center.

Opossums: Baby opossums will remain in their mother’s pouch for the first two months of their life, so it would be extremely rare to see a baby or joey during that time. After that time, you can find them riding on their mothers back with their other opossum siblings.

Chipmunks: Chipmunks hibernate from November until early February. Chipmunks will give birth to one to two litters a year with one to eight babies in each litter. Sometimes it can be difficult to see them because they burrow or live in hollowed out trees.

What to do if there are baby animals on my property?

If you happen to find a baby animal on your property, it is best to leave the animal alone. Some species can become extremely distraught if you touch their baby and they can even harm, reject or kill their baby as a result. The best thing to do when you find a baby animal without its mother is to wait for the mother to return. If the mother doesn’t come back for the baby in a timely manner, then you can start trying to help the animal and find a wildlife rehabilitator. Do not attempt to treat or care for the animal on your own, you might not know their needs and you might end up making them sick

What constitutes a wildlife emergency?

Sometimes you can actually do more harm than good  with baby animals. When an animal baby is orphaned or injured, you might need to intervene, but how will you know that you need to or if you might actually be harming the animal. Animal emergencies are if the animal appears to be injured, looks disoriented or unconscious, is sick or has been abandoned by its mother.

The behavior of the female or mother animals can change, they might possess more aggressive tendencies. Some mammals will make noises to deter people while some might be aggressive enough to approach people and be violent. Occasionally, the animal will see people as a threat or predator and not approach until they are gone.

If an animal is behaving strangely or looks sick, it is best to contact animal control, because they might have rabies or some other zoonotic disease that they may run the risk of transmitting to you.

It is important to remember that most birds or mammals are protected under the law and it is illegal to keep them as a pet. Keeping them as a pet isn’t safe for you or the members of your household and it is really not safe for the animals either. Wildlife rehabbers have to have special permits to do what they do. They are not part of the state like animal control and also do not get paid for their services, instead rely on donations from the public. These facilities often fill up quickly and animals have to be turned away because there isn’t enough space or resources.

Where to find a wildlife rehabilitation center in Northern VA

The easiest thing to do when you are looking for a wildlife rehabber is to search the internet for that term. The Virginia Department of Wildlife Resources is a good place to go for information about finding a wildlife rehabilitator. Check out this link: Wildlife Rehabilitation in Virginia.

In addition, you can check out a rescue league in Fairfax that might be able to help. Fairfax County Wildlife Rescue League: (703-440-0800).

What to do if a baby animal has died on my property?

If a baby animal has unfortunately died on your property, you will have to have a private wildlife removal company like ourselves, come out and take care of the animal. We offer dead animal removal services to ensure the animal is respectfully removed and the environment is properly cleaned and disinfected. These services usually range from $150- $950 depending on the size of the animal and how decayed it is.

If you have wildlife on your property or is your home and you would like to remove the animals, we can help you with exclusion and trapping services. For some animals, trapping might not be an effective method and instead you may have to opt for deterrents. For example woodpeckers or foxes. With foxes, deterrents come in the form of a barrier wall which can be installed under a deck, porch or shed. For wildlife removal services for bats, birds, deer, foxes, groundhogs, moles, opossums, raccoons, skunks, snakes, squirrels or voles. Additionally, we offer pest control services.