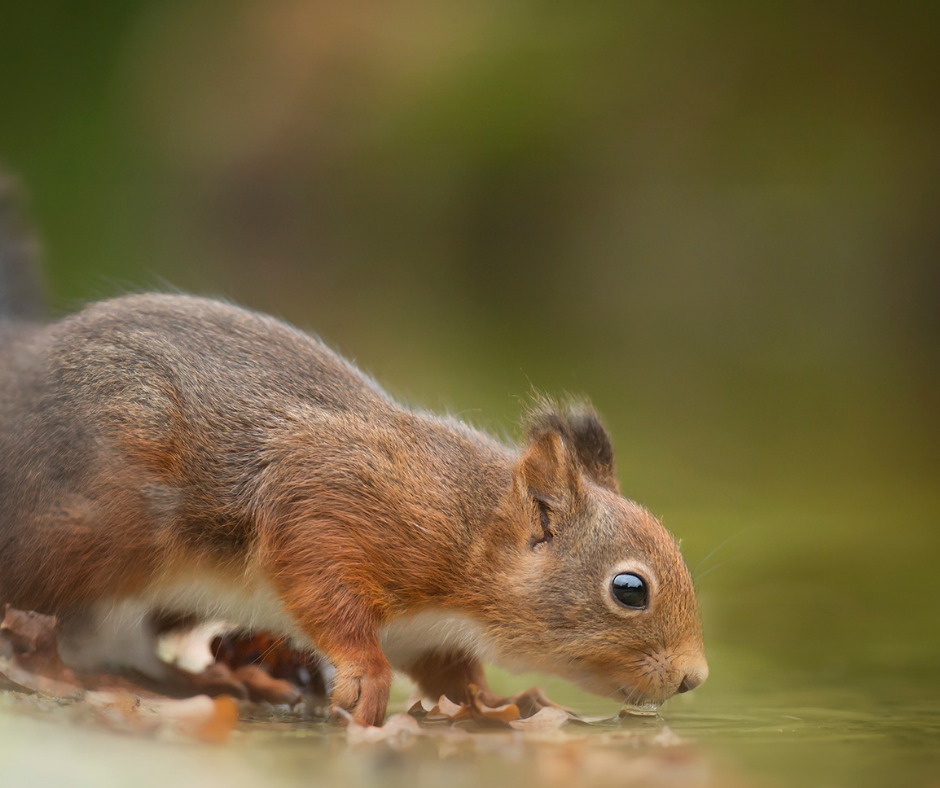 There have been studies regarding animal personalities, more specially in the golden mantled ground squirrel population. These squirrels live in the western part of the United States as well as parts of Canada. A three year research project at University of California Davis has concluded that squirrels possess human-like traits. The four personality traits studied were boldness, aggressiveness, sociability and activity level.

What were the tests?

The golden mantled squirrels that were studied were put through four different tests. The first test was called the novel environment. In this initial test, the squirrel’s behavior was observed and recorded while they were placed in a box that was enclosed and had gridded lines and holes in it. For the next test, they were placed in front of a mirror which they were not able to identify as their mirrored image. The third test is called the flight initiative. You have probably heard of the fight or flight response to conflict. During this test, the squirrel is slowly approached and the researchers see how long it took for the squirrels to run away. The fourth and final test was the behavior in-trap. Squirrel behaviors were observed while they were placed in a simple trap. The squirrels were not harmed during any of these tests and they were only tested and studied for a short period of time.

What are the findings of the study?

The study found that the squirrels that are bolder, aggressive and more active are able to get more food and acquire higher perches to ensure a better chance for survival by staying safe from predators. Although the bold squirrels are more prone to accidents and being preyed upon. Sociability is the most important trait in squirrels. The golden mantled ground squirrels are known for not being very social, but more social squirrels are better suited for survival because they have more advantages like access to more resources and ability to reproduce. Some squirrels form bonds and develop relationships with other squirrels which provides them with greater access to resources and other advantages.

What does this mean and why is it important?

It is important to better understand wildlife and their personalities because it helps us in the effort of conservation. While this species of squirrel is not currently endangered or at risk of extinction, that unfortunately might not always be the case. An animal’s personality is a direct reflection of how they use their personal space. An animal’s personality makes them an individual instead of grouping them together as a whole and saying they are all the exact same.

Some other animals have exhibited intelligence or human-like skills, for instance, pigeons. Pigeons are able to recognize human faces and differentiate letters of the alphabet. The more we research animals, the more we are able to find out about their abilities, behaviors and personalities.

In our daily life we have a relationship or interaction with animals and understanding their personality can help us live a more harmonious life. Every day, animals are losing their habitats because of deforestation, construction and natural disasters like forest fires. You will see more squirrels and wildlife on your property, searching for food and shelter and there might be conflicts. Squirrels are nuisance animals and if they get onto your property or inside your home, they can cause damage, spread bacteria and parasites and transmit viruses and diseases. If you have squirrels in your attic or somewhere else in your home, you will need to hire a professional wildlife removal company to trap and remove the squirrels.

Although we don’t have golden mantled squirrels in Virginia, we have other species of squirrels. Summit Wildlife Removal offers trapping and wildlife removal services for squirrels and other nuisance animals. It is important to have a thorough inspection to determine where the squirrels are coming from, where the entry points are and what might be attracting the squirrels to your property. If you think you have squirrels on your roof or in your attic, Summit offers a free estimate for squirrel trapping and removal services for your home in Northern Virginia. We provide service in Ashburn, Burke, Stafford, Springfield and the surrounding areas.

Wildlife like squirrels can cause a lot of damage to your home, especially the roof and attic space. Squirrels will chew on soffit, shingles and make their way into the attic. Once a squirrel or squirrels get into the attic, they will soil the insulation with their urine and feces, nesting materials, chew on boards, beams and wiring and make a mess of the attic. Summit can provide wildlife exclusion services to repair and seal out areas that wildlife used as entry points.

Additionally, Summit can remove old insulation, clean and disinfect the area and install new insulation. Summit does roof repairs and replacements for wildlife damaged roofs. If you have holes or opening in the roof, loose shingles or other problems with your home, you will need to have the roof inspected and repaired. It is important to have repairs done after squirrels or other wildlife have been removed to make sure there is no further damage done to your property. Schedule your free estimate today for repairs and exclusions.

If you have squirrels or other nuisance wildlife on your property or inside your home, never attempt to trap or remove them on your own. It can be dangerous for you and other members of the household, but also dangerous for the animal. At Summit, we offer humane trapping and wildlife removal methods. Our technicians are highly skilled and trained at trapping and removing wildlife. Contact us today to schedule a free estimate for wildlife removal services, wildlife exclusions, roof repairs or replacements and attic insulation services.