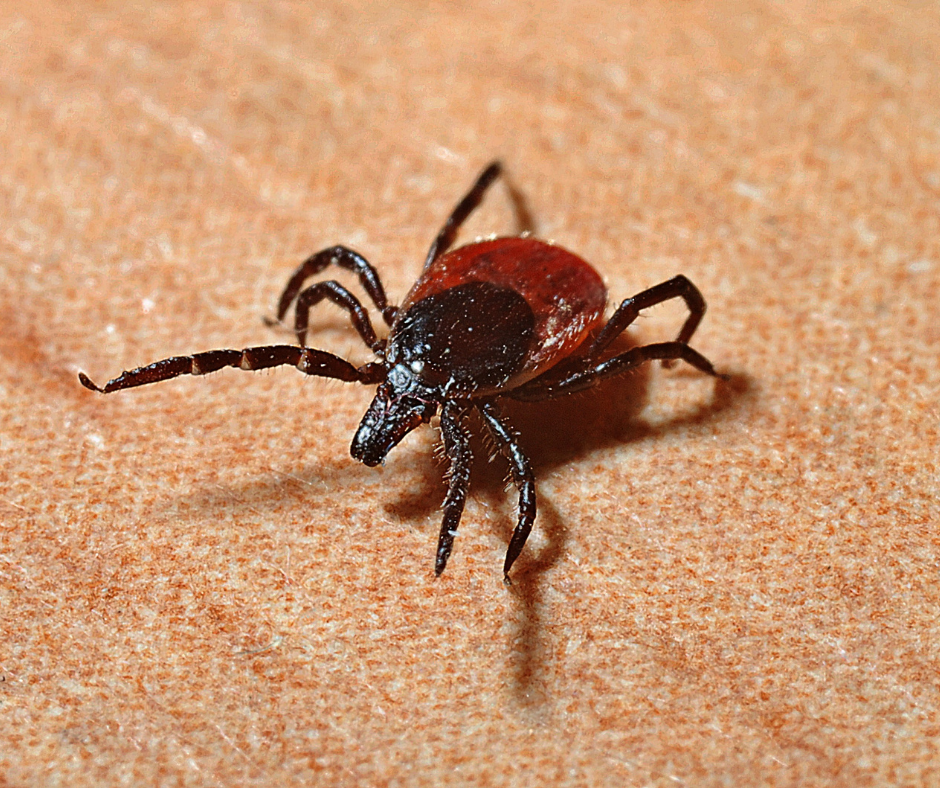 What is Lyme disease and how do people get it?

Lyme disease is a disease that affects the immune system of the infected individual. People contract Lyme disease when they are bitten by a tick that has the bacterium Borrelia burgdorferi. The bacteria will enter the bloodstream of the individual who has been bitten, causing Lyme disease. The thing about Lyme disease is you have no way of knowing prior to exposure which ticks are infected with the disease. However there is a specific species of tick which are known carriers of the disease and they are the black-legged tick or the deer tick. These ticks are found in the Northeast, Mid-Atlantic, Upper Midwest and Pacific coast regions of the United States. Ticks are small arachnids ranging in color from brown to black. They have between six and eight legs and can vary in size greatly.

What are the signs and symptoms of Lyme disease?

Lyme disease is diagnosed based on symptoms. Most people who contract Lyme disease will experience fever and other flu-like symptoms and  headache, fatigue and a bulls eye pattern rash. If the person who was bitten by the infected tick doesn’t receive treatment, the infection can spread to their nervous system, joints and heart. The disease gets progressively worse and can become life threatening. Lyme disease is pretty commonly diagnosed with over 200,000 new cases each year in the United States.

There are three stages of Lyme disease although the progression of the disease is often unpredictable and some people might not go through all three steps or stages. The first stage is called early localization and is when the disease is found early and treated early. The second stage is called early dissemination and occurs weeks to months after the victim is bit by the tick. During this stage, infection begins to spread throughout the body and organs. The third stage is called late dissemination and is when the disease has reached the early stages and still not been treated. This stage occurs months to years after the bite and can cause arthritis, brain disorders, and numbness in the extremities. Most people who have ticks removed prior to two days will have a very low risk of contracting the disease. The tick typically needs to be attached to your skin for 36 to 48 for their bacteria to enter your bloodstream.

For the most part, people who contract Lyme disease didn't know they had a tick on them. Although it doesn’t take long for the disease-ridden tick to spread Lyme disease, most cases involve a tick that has been left on the skin for quite a while. Most people know exactly when they could have been exposed to the infected tick, because they were most likely outside.

How to prevent Lyme disease?

There are some preventative measures and precautions you can take to try to avoid getting Lyme disease. The steps include using insect repellent when outside, removing ticks from your hair or body immediately, checking your clothes and pets before going into the house and getting tick treatments around your home to limit their population. Another thing you can do to prevent ticks from entering your home is if you have a pet, use a flea and tick preventative on your pets. Keeping your home and yourself tick-free is the only proven way to prevent this disease because this disease is not contagious and cannot be spread from one person to another. The disease is blood-borne but cannot pass in such ways that some blood borne diseases can pass to other people. It is the same way for animals. Once an animal contracts Lyme disease, they will not be able to pass it on to another animal, the only way is if the other animal ends up getting bitten by an infected tick. Keeping your home ticks-free can be done in a variety of ways. Beside prevention, there are chemicals that you can use but nothing is as strong as the chemicals and solutions a pest control company can provide for your home.

How is Lyme disease treated?

In most instances, Lyme disease can be treated after a few weeks of antibiotics. Some cases are not so simple and the patient could have the disease for the rest of their lives. In addition to spreading Lyme disease, ticks can often spread other tick borne diseases such as Rocky Mountain Spotted Fever (transmitted by American dog tick), Ehrlichiosis, Tularemia, Powassan Virus Disease and Anaplasmosis.

How does Summit get rid of ticks- Summit Pest Control

At Summit, we can alleviate tick problems on your property with chemical and pesticide treatments around your home. First a technician can come out to do an initial inspection, which is free and they will let you know then how much the treatment plan will cost and how long it will run for. Some treatments are one-time only whereas others are monthly or quarterly. The length of the treatment depends on the severity of the case. Ticks can most often be brought into the home on pets or by people. They will continue to feed off available sources of blood and will reproduce if possible. It is best to treat your home and yard for ticks before you have them. Another thing you can do to keep ticks away from your property is to keep wildlife that may carry ticks away from your property. If you have foxes, groundhogs, squirrels, skunks or other wild animals on your property, they might have ticks on them and the ticks might end up on a member of your household next.

Contact Summit Pest Control for tick control and removal and other pest control services. For more information about ticks and other parasitic insects, contact us and schedule a free estimate. For all your wildlife removal needs, contact Summit Wildlife Removal at 703-884-2124.