How do birds fly?

The physics of flight in North American bird species 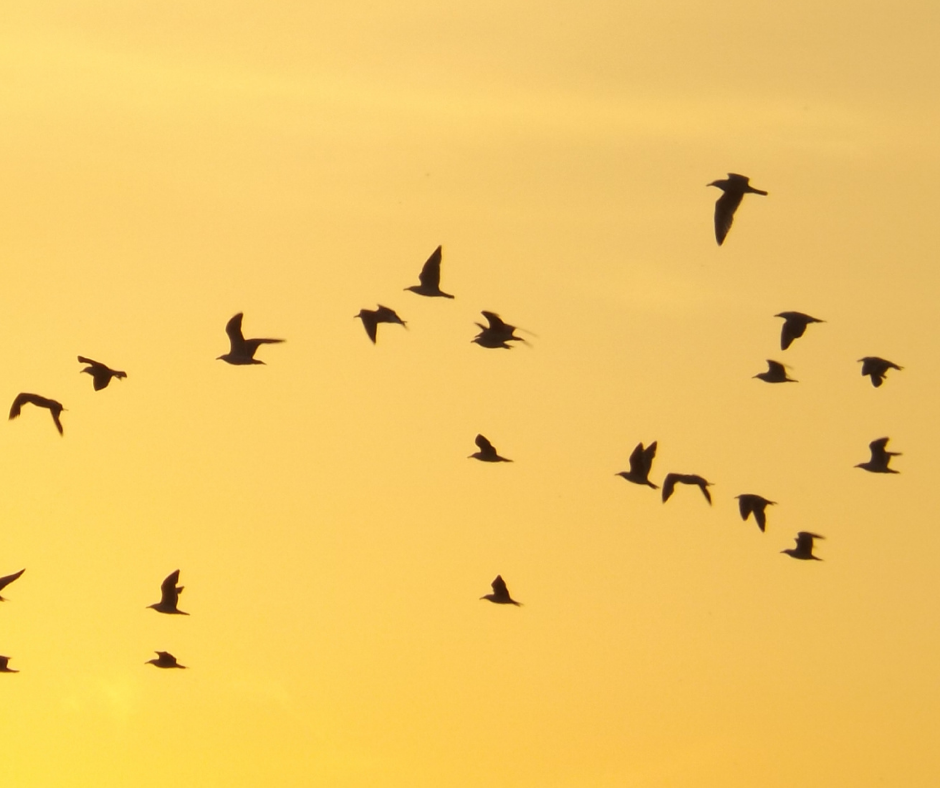 It is interesting to think that we have built airplanes capable of flying all over the world and even sent rockets into space and we just now are beginning to understand how birds fly. There have been predictions about how birds fly, but now more than ever we have a better understanding of them. In a recent study from the University of Toronto involving the body scans of over 105 species, it is believed that the sternum is what is responsible for producing flight.

The shape of birds’ bodies enables them to be able to fly. In addition to the shape of their body permitting flight, there are other factors that contribute to flight such as the movement of their wings, airflow, and the position of their feathers. Birds are naturally aerodynamic creatures and possess four main traits that contribute to their airborne abilities. These traits are hollow bones that are strong, despite them being light, feathers the shape of the wings, a diet high in usable calories and lungs that can easily get oxygen and allow them to fly long distances without breaks. Birds also don’t have bladders and their intestines are small so they don’t store waste. Birds are equipped with special flight muscles. Birds' muscles in their chest are significantly stronger and more developed than humans.

Why can some birds fly and others can't?

There are four main components to flight:

There are several different methods in which a bird gets into the air. The method the bird chooses to take off depends on the species. Some species will get a running start and throw themselves into the wind, while others will jump from a cliff, high branch or roof to begin their flight. A key factor for flight is lift. A bird must have lift in order to get into the air. Once the bird is in the air, they will need to maintain lift, they can do that by two different ways, by soaring or flapping. When a bird soars, they use air currents to keep them aloft. The three different types of air currents that work in their favor are thermal air currents, updrafts and wind. Birds flap to maintain a speed which will help keep them in the air. Smaller birds require slower speeds while large birds require fast speeds. Birds that soar naturally follow the currents, birds that flap will also follow the currents.

When a bird wants to come down or land, it requires them to first slow down, increase their drag by opening their wings which can act as a brake.

Some species of birds are migratory and will fly south for the winter. Some species however don’t migrate and have adapted to the cold. Migratory species know where to go, partially because of instinct, currents and from their parents who have shown them migratory routes. Several migratory bird species are federally protected and it is illegal to trap, harass or kill them. If you have migratory birds on your property, you will have to ethically exclude them.

Some examples of exclusions are chimney caps, bird guard, vent covers and screen, bird spikes and seal outs. In Virginia you might find nuisance birds on your property like starlings, sparrows, woodpeckers or pigeons. Summit Wildlife Removal offers wildlife removal services for birds and other nuisance wildlife.

Summit offers wildlife removal services for birds and other animals. Some of the wildlife we offer removal for include:

Additionally, we offer wildlife exclusions, repairs, clean up services and insulation removal and replacement. Wildlife like birds can get into attics and can make nests inside vents. Birds will leave droppings all over your property and will nest in vents which can be a fire hazard. We offer bird nesting removal, dropping clean up and disinfection services. It is important to have bird droppings cleaned up and the area disinfected because droppings contain a lot of bacteria that can contribute to the spread of harmful viruses and diseases.

To learn more about the physics of flight in birds take a look at this article. For more information about our bird removal services or wildlife removal in Northern VA, contact Summit Wildlife Removal today to schedule a free estimate.