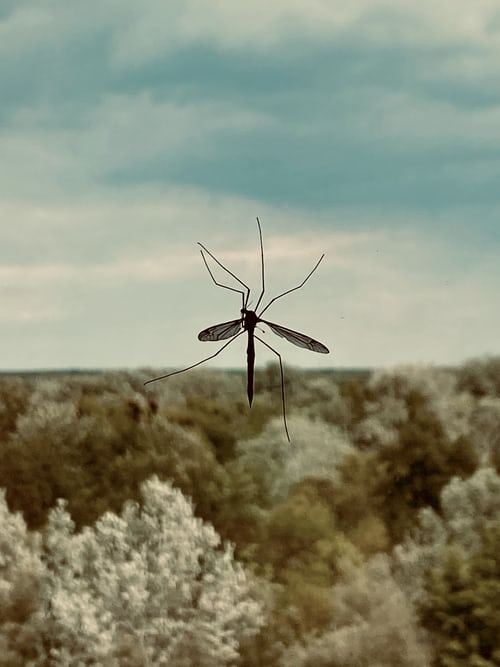 You’ve probably heard about genetically modified organisms or “GMOs.” Sometimes you hear about them in reference to the food you eat, the Food and Drug Administration (FDA) prefers to recognize them as genetically engineered (GE) and they’re often given a negative reputation.

What are they and why are they useful?

Genetically modified insects however are beneficial for our environment in terms of crop health and human health. The implementation of genetically modified insects in nature has been noted to increase the amount of effective control of pests and further promote environmental stability. There are crop damaging caterpillars and moths. One way the promotion of these insects has helped is in the reduction of insect borne related illnesses that can be devastating in certain countries. Some notable illnesses are malaria, dengue fever and zika virus.

What is genetic modification?

Genetic modification is the process by which an organism’s genetic makeup is changed or altered. The process of genetic modification has been done indirectly for thousands of years through selective breeding of plants and animals. The motivation behind this process was to produce better, more sustainable crops that look and taste better and livestock and poultry that is bigger or produces more meat. Animals are often given steroids and growth hormones that allow them to get bigger and then the bigger animals are then mated to produce even larger offspring. One example of a genetically engineered crop is the seedless watermelon. Watermelons naturally have seeds in them, but through a process of cross breeding, scientists have been able to produce a sterile or seedless hybrid plant. Pest modification is done with the aid of advances in biotechnology and the use of sequenced genomes. The objective of this modification process is to control pests without the use of pest control or the use of traps and chemical procedures implemented by a pest control technician.

What are the techniques used?

Insects are modified through three different ways mutagenesis, transgenesis and cisgenesis. Mutagenesis is a technique where DNA is mutated or deliberately engineered in a laboratory in order to produce libraries to include mutated genes, proteins and strains of bacteria or even other genetically modified organisms. Transgenesis is when a gene from another organism is placed into the genome of another organism in hopes that the organism will show a specific quality or characteristic. Cisgenesis is an engineering process where genes from one organism are artificially transferred to another closely-related or organism of the same species.

There are five different methods or techniques used to genetically modify the insects. There are the sterile insect technique (SIT), release of insects carrying dominant lethal (RIDL), incompatible insect technique (IIT), maternal effect dominant embryonic arrest (Medea), and x-shredder. SIT is a technique that was first implemented in the 1930s and 40s and was first used in the 1950s. Male insects are sterilized by irradiation or a form of mutagenesis that causes random mutations to their DNA. When the males then try to reproduce with the female insects, they are unable to fertilize their eggs and the female will lay non-viable eggs. When this process is used, the local population can experience a crash or drop because there are fewer offspring being produced. SIT can also lead to the eventual eradication of the entire population in the given area. RIDL is a control strategy for insects where insects are modified to carry a lethal gene in their genome. The lethal gene will be passed onto their offspring and will kill them at either the larvae or pupae stage. This causes a decline in the population of the affected insects. IIT is a form of sterilization caused by a bacteria called wolbachia which is inherited maternally and passed down from the female. The offspring will not be able to reproduce and therefore their populations will naturally diminish.

Medea is a selfish gene that is made up of a toxin and an antidote. The female expresses the toxin that is passed along to their offspring. If the offspring carry the Medea gene, they will have the antidote that will save their life. If the female is born with a non-Medea allele and a Medea allele, half of her offspring will inherit the gene and live and the other half will be killed by the toxin. Lastly, X-shredder is a technique in which the x chromosome is eliminated in insects, causing them to produce mostly male offspring (95%). There is a protein in the male insects that will shred to x chromosomes when they reproduce leaving Y chromosomes. With more males being produced than females, the population will experience a decline. An example of x-shredder is in mosquito populations, only female mosquitoes bite, so reducing the number of females will in turn reduce the number of mosquito-related diseases.

What are the concerns associated with GM insects?

The main concern associated with genetically modified insects is the protection and preservation of their biodiversity. People don’t want to kill off their whole populations. Another concern is the possibility of cross contamination. With the use of gene-drive elements, the elements may be unintentionally passed along to other species and cause the potential for damage in their population or other adverse effects.

What is the best option for pest control?

While the genetically modified insect techniques have proved to diminish populations, it is still something that is not widely recognized or used due to its potential to eradicate populations. Traditional pest control is still the preferable way to eliminate any of the pest problems you may have in your home. If you are having problems with mosquitoes, ants, fleas, bees, mice, rats, crickets, spiders, termites, roaches or other nuisance pests, let Summit handle the job of controlling and managing their populations.

Here at Summit, we have trained and experienced pest control technicians who will complete free and thorough pest inspections and work to establish the best solution to your pest problem. To schedule a free estimate, for pest control or animal removal, contact us today.