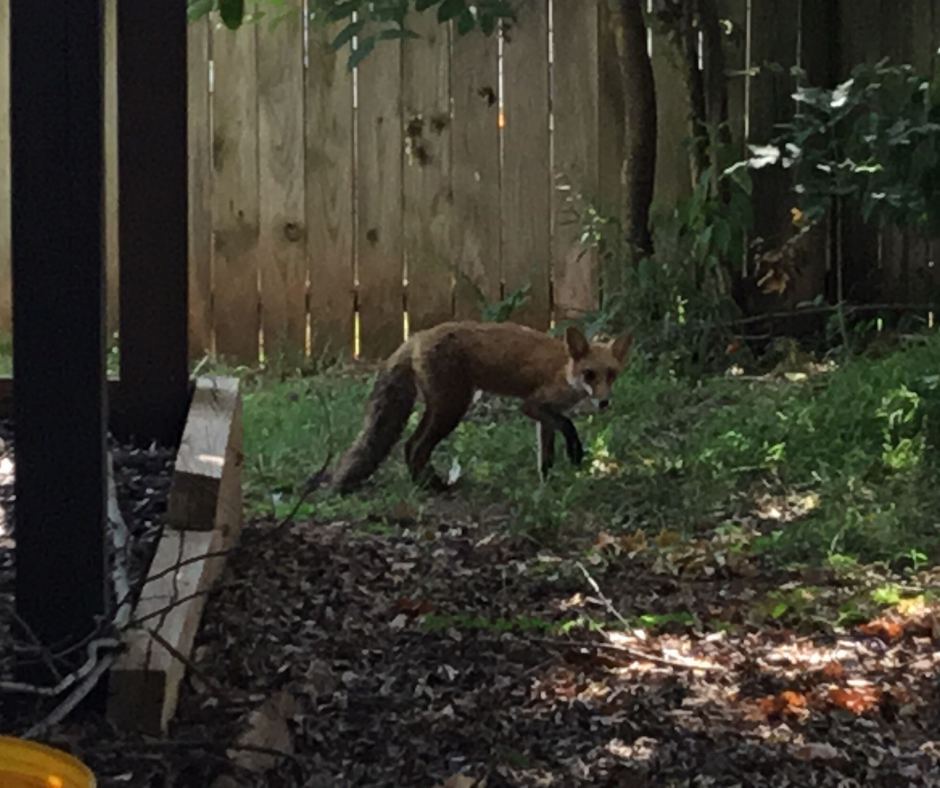 What to do with sick or injured wildlife?

Have you ever seen a wild animal acting strangely or is hurt or sick? The animal might have rabies, distemper or some other illness. When you see an animal such as a raccoon, squirrel or fox acting strangely you should never try to approach it. Wild animals naturally can be unpredictable and exhibit erratic or dangerous behaviors. When animals are sick or injured, their behaviors may be more unusual or dangerous. The less interaction you have with an animal, the better.

What are some injuries that wildlife can experience?

Wildlife can sustain injuries in a variety of ways whether it's from vehicles, predators or from construction or other human interactions. Some animals might face life threatening injuries or something less severe but regardless of the fact, you should not touch the animal or try to help them. If you see an animal that is injured the best thing to do is to contact animal control or a wildlife rehabilitation center. By law, animal control is required to euthanize injured or sick wildlife whereas a wildlife rehabilitator will be able to help the animal get better and try to release them back to the wild.

What are some of the common sicknesses that wildlife get?

Some of the most common illnesses in wildlife are rabies, distemper, leptospirosis and histoplasmosis. In addition to these three illnesses that I will go into detail about, there is also white-nose syndrome in bats, fungal diseases in snakes and influenza. If an animal is sick, you should not try to treat it yourself or attempt to capture it and move it somewhere else. It is incredibly dangerous for you to interact with the animal because it might bite or scratch you and end up spreading the virus or infection to you.

Rabies: Rabies is a disease that affects an animal’s nervous system. It is fatal but it is also preventable. Bats, skunks, raccoons and foxes can be affected by the rabies virus. It is a disease of the brain and is fatal in animals and fatal for people if they are treated in time. There are preventive vaccines that are administered to pets and people. In New York City, there are plans to vaccinate raccoons since there has been an influx of rabid raccoons over the years in parks around Manhattan. Rabies is transmitted from bites or saliva in broken skin or in mucous membranes such as eyes, nose and mouth and through scratches or open wounds. Animals with rabies exhibit signs and symptoms such as fever, lethargy, vomiting, seizures, paralysis, aggression, excessive salivation and even self-mutilation. If you see an animal that is exhibiting these behaviors, it is crucial you stay away from them, keep your pets and children away from them and contact your local animal control immediately. Animal control can be contacted through the non-emergency police for your county.

Distemper: Distemper is a contagious virus that primarily affects canines such as domesticated dogs, but can also affect skunks, foxes and raccoons. It is a viral disease that results in the death of the infected animal. It is connected to the bacteria that causes measles which people can get, but they are unable to contract canine distemper. Distemper is transmitted through direct contact with an infected animal. It can also be contracted through exposure to their waste and other bodily fluids such as saliva or a cough or sneeze. The symptoms that animals infected with distemper experience discharge from their eyes, coughing, sneezing, crusted over eyes that won’t open, hardened pads of the bottom of their feet and diarrhea. As the virus further progresses it may cause convulsions, tremors, chew on themselves, become blind and wander around during the day if they are nocturnal. There is no vaccine that will cure the virus and unfortunately when an animal gets distemper, they will die. There are vaccines to prevent animals from contracting the disease and it is a common vaccine that dogs receive. In addition to dogs receiving vaccines, there are some other ways to prevent the spread of the virus, such as removing dead animal carcasses that were infected and removing susceptible hosts and euthanizing them before they can infect other animals. If you suspect an animal has distemper, contact animal control and they can help.

Leptospirosis: Leptospirosis is a bacterial infection that affects both animals and people. Some of the animals it affects are rodents, opossums, moles, raccoons, skunks and squirrels. Rats are the most likely mammal to spread leptospirosis to people. There are no vaccines available for people or horses but there are vaccines available for most other animals. Some of the symptoms of leptospirosis in animals are fever, jaundice and congestion. The bacteria can be spread through mucous membranes or open wounds. Contact your local animal control if you see an animal acting strange or if it looks sick.

What are some resources for sick and injured animals?

If you have nuisance wildlife on your property in Northern Virginia and they are interfering with your way of life, you might need to have them removed. At Summit Wildlife Removal, we can remove nuisance animals such as squirrels, raccoons, groundhogs, birds, and other animals that might be causing damage and destruction to your yard or home. In addition to wildlife removal services, we can offer you pest control for common pests such as ants, roaches, rodents, spiders and mosquitoes. If you are interested in an estimate for pest control or wildlife removal services, contact us today.