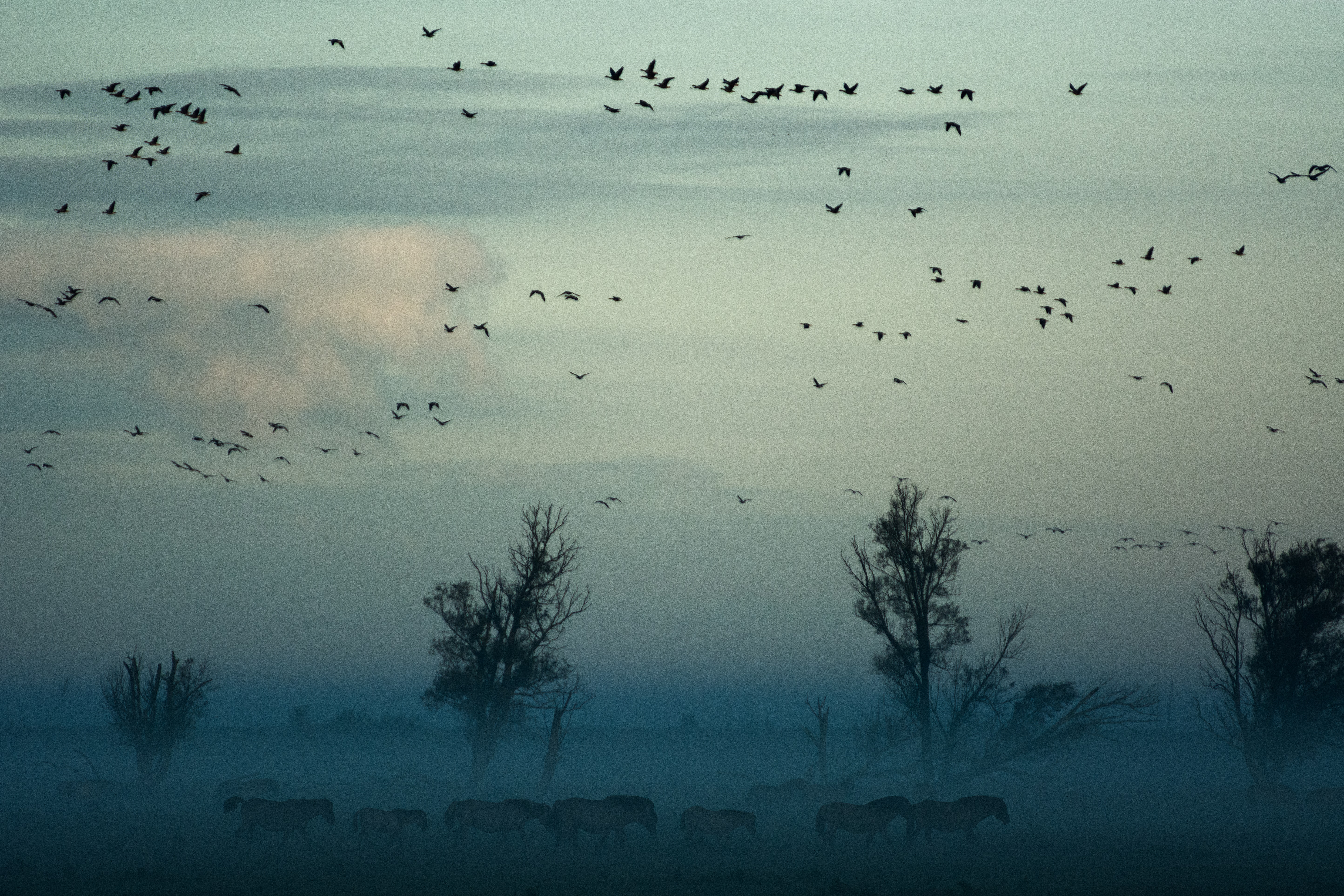 What is a migratory bird?

Migratory birds are birds that migrate or move from one part of the world to the other during certain seasons. For example, some birds will migrate from the north to the south during the winter time because the south offers a warmer, more hospitable climate for the bird species which can be more ideal for finding adequate food sources, nesting and raising the young.

Migratory birds make up a significant population of birds in Virginia. Some of the most commonly known migratory birds in Virginia are the warbler, bluebird, hummingbird, songbird, peregrine falcon, red shouldered hawk, red bellied woodpecker and the red tailed hawk. Nearly 1800 of 10,000 bird species migrate.

Why is migration important?

Migration is a normal part of bird behavior and their seasonal movement. Birds follow flyaways which are different pathways that all birds take to migrate. Some of the most well-known long distance bird routes are the Northern Wheatear, Arctic Tern, Amur Falcon, Short-tailed Shearwater, Ruff and Swainson’s Hawk. Migration was first reported close to 3000 years ago according to the ancient Greek. The motivation for birds to migrate is for food, but is also done so that the bird is in the best ecological situation for breeding and raising their young. It is an innate action, that all birds instinctively know how to do.

Threats to bird species during migration

There are several different threats to bird species and populations during migration.

Threats to migratory bird populations are increasing the likelihood certain species of birds will become extinct in the near future.

Over 1.1 billion migratory birds are killed each year from industrial activities such as construction for commercial and industrial projects. Birds are harmed, accidentally killed, or their habitat is destroyed.

What is the Migratory Bird Treaty Act?

The Migratory Bird Treaty Act has been in effect since 1918. This act protects over 1000 bird species in the United States from being killed or captured. Effective July 1, 2021, Virginia will tighten the terms of the treaty and further protect the migratory bird species. The new terms will extend the protection to accidental killing, harm, habitat disturbance and unintended predictable killing.

Why should migratory birds be protected?

Migratory birds are already federally protected, but should furthermore be protected because their species might further die out and certain species might eventually go extinct. In addition to protecting the species for years to come, it is important to remember the role birds play in agriculture. Birds act as pollinators and help to fertilize plants that help feed animal and human populations. When bird species die off, it affects a lot more than people think. The order of the food chain will be disrupted, natural predators of certain bird species will have to determine alternative food sources and sometimes it can be difficult for them to adapt and those predator populations might begin to dwindle as well.

How to help bird populations?

Which birds are not protected under this treaty in Northern VA?

The European starling, house sparrow and the pigeon are the three non-protected bird species in Virginia. The starling and sparrow are actually invasive species, which means they are not originally native to Virginia and have had their populations accidentally introduced over time and their population is growing out of control. While they are not protected species, it is still important to not intentionally harm or kill these birds. Their nests, eggs, and the birds themselves can be removed from homes or roofs without fear of legal repercussions.

It is important to make sure you are not removing the birds or the nests yourself and instead contacting a licensed wildlife removal company like ourselves.

When is bird control necessary?

Bird control and removal might be necessary if you have nuisance birds on your property or they are nesting on or in your home. For instance, woodpeckers are nuisance birds because they will drum on people’s homes or nearby trees. Other birds will nest in vents on roofs and the nesting materials can be potential fire hazards. It is best to take care of birds before the problem gets out of hand. Bird feces carry a lot of bacteria, fungus and viruses that can cause people to develop health problems, such as histoplasmosis which is a harmful lung disease. It is crucial to keep your home and property free of birds and their droppings to ensure your health and safety.

Birds can be unpredictable and can spread harmful diseases that can make you and members of your household sick. When there are birds inside your home or nesting on your roof or in a vent, it is important to get them removed, not only for your health and safety but also for the health and safety of the bird and your home. At Summit Wildlife Removal, we believe in intervening only when there is a conflict between nature and your environment,  some of the services we offer for birds include:

Birds play a crucial role in our environment and it is important to protect migratory species to prevent their decline and potential extinction. For more information about the services offered or to schedule a FREE estimate for bird control and removal solutions, contact us today.